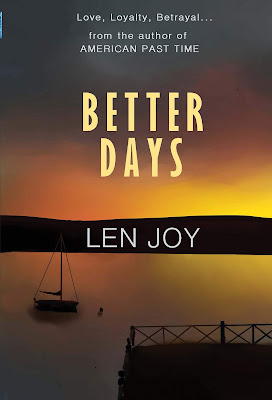 
From the outset of this novel, just about every aspect of Darwin Burr’s life in Claxton, 60 miles from Chicago, is set up for possible upheaval. He works at AutoPro, a nationwide car parts retailer, for his childhood buddy Billy Rourke, who has been involved in some increasingly questionable business practices. Darwin has a stable but cold relationship with his wife, Daina, who thinks he lacks ambition. Their daughter, Astra, is getting ready to try out for the high school varsity basketball team. That’s when the changes start. The team’s coach becomes ill, suffering chest pains. Billy arranges for Darwin, a former Claxton basketball star, to assist the school’s guidance counselor, Fariba Pahlavi, in coaching the team. Then Billy disappears as representatives from the corporate office show up looking to fire him and turn him over to the FBI. One of those reps, Stephanie Washington, steps in as the interim boss to audit Billy’s records. Adding to the turmoil, Darwin takes an interest in recruiting Toni, a young girl, for the basketball team and soon winds up trying to help her out of a difficult home situation. Everyone he knows has secrets, and they all seem to be revealed at once, forcing Darwin to figure out who he is without his support group. There are a lot of characters swirling around Darwin, the center of this story, and Joy (Letting Go, 2018, etc.) makes them all count. They each have distinct personalities, from the guy who owns the breakfast place to Daina, Fariba, and Darwin himself. The author has a good eye for telling details and exchanges between characters. At one point, when Darwin is trying to find out more about Daina’s past as a Latvian immigrant, he observes, “I learned that when she put my name at the end of her speech it meant our discussion was over.” This version of Claxton feels real, like North Bath, New York, in Richard Russo’s Nobody’s Fool. Perhaps the most impressive aspect of the book is that Joy avoids the temptation to wrap everything up too cleanly after introducing so many complications.
A character-rich, skillfully plotted Midwestern drama.
Publisher: Moonshine Cove Publishing
Program: Kirkus Indie
Review Posted Online: Sept. 20th, 2018
Posted by Len at 12:29 PM No comments: 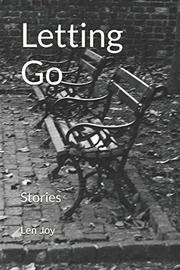 This short-fiction collection examines various characters’ reactions to death, past regrets, and other life changes.
Joy’s (American Past Time, 2015) stories range from the wistful reminiscence of “Riding a Greyhound Bus into the New World,” in which a widower reflects on the young, inept man that he was on his honeymoon, to the more cynical “The Quick Pick,” in which an unusual couple builds a life by using the winning lottery ticket of a dead man. Many of the characters in these stories never seem to completely find peace, but some do reach some kind of redemption. In “Dalton’s Good Fortune,” for instance, a broken Vietnam vet finds salvation from a fortuneteller, and in “Nina’s Song,” a man who’s carried the unimaginable guilt of losing his sister in a mall ever since he was a child realizes that his family has never blamed him for her disappearance. Throughout these often very brief tales, no matter how dire, bleak, reflective, or celebratory they might be, Joy maintains a smooth prose style with a light touch that acts as a counterpoint to the darkness. At the same time, he fills the tales with imagery as exceptional as that in his debut novel, as in “The Girl from Yesterday”: “His face was all leathery, like boots after they get nice and broke in.” Among the life-changing epiphanies, Joy sprinkles in humor; “Pickup Line at the Ritz Carlton” is basically a setup and a punchline. He also evokes mystery in “Triage,” in which the wife of a retired, philandering surgeon suggests that he relieve his boredom by taking a mountain bike ride; this doesn’t turn out well, which leaves readers wondering about the wife’s motives. There’s also an engaging trilogy of connected pieces (“The Girl from Yesterday,” “Time Don’t Run Out On Me,” and the titular story) that follow different characters through a night on the town.
Short, edgy tales with depth.
Pub Date: May 21st, 2018
ISBN: 978-1-981074-91-4
Page count: 85pp
Publisher: Hark! New Era Publishing
Program: Kirkus Indie
Review Posted Online: July 11th, 2018
Kirkus Reviews Issue: Sept. 1st, 2018

Better Days is a bighearted, wry, and tender novel that focuses on love and loyalty.

What’s the penalty for blind trust and loyalty? That’s the question Darwin Burr must answer when the FBI announces that his lifelong friend and now missing boss, Billy, is a person of interest. Mysterious envelopes stuffed with money, diamonds, and gold coins turn up out of nowhere, and Darwin’s leisurely work life at an auto parts distribution center becomes anything but—particularly since he’s always signed the papers Billy passed across his desk, no questions asked. Soon, everything in his life is called into question, including his marriage, his family, and his career.

Darwin narrates his tangled web with amusing slang and witty observations. His voice is a counterpoint to the story’s serious legal accusations and dark romantic temptations. Winning, laid-back prose belies the seriousness of Darwin’s situation, but turns up the tension to eleven as he seeks truth from those who say they are only trying to protect him.

Detailed scenes set in familiar bars and sweaty high school gyms are juxtaposed to spirited dialogue, resulting in a rhythmic text that moves at a clip. Through capable foreshadowing and well-timed revelations, the story negotiates absorbing subplots—especially around an endangered young girl, Toni, who is in Darwin’s charge, and her basketball coach for whom Darwin develops feelings. References to Toni Morrison’s The Bluest Eye, with its themes of racism and incest, bring in weightier topics than the novel’s primary themes of guilt and innocence, perhaps hinting at things happening offscreen in Toni’s life. This layered undercurrent adds more to contemplate, though such secondary story lines slow the novel’s pace, and the denouement feels delayed as a result.

There are many characters in this book, but they are all complex and realistic. Sympathy is secured when even the villains exhibit humanity, from a lawyer sent to take Darwin down who helps him instead, to a misanthropic prepper neighbor who becomes a powerful ally. This caring lineup of secondary characters is drawn with optimism that fits the story’s tone.

Appropriate punishments and rewards are meted out by the end, with puzzle pieces clicking into place to reveal the entire picture. Some characters’ secrets, now known, remain unacknowledged, and that silence reads as an act of love.

Better Days is a bighearted, wry, and tender novel that focuses on love and loyalty.