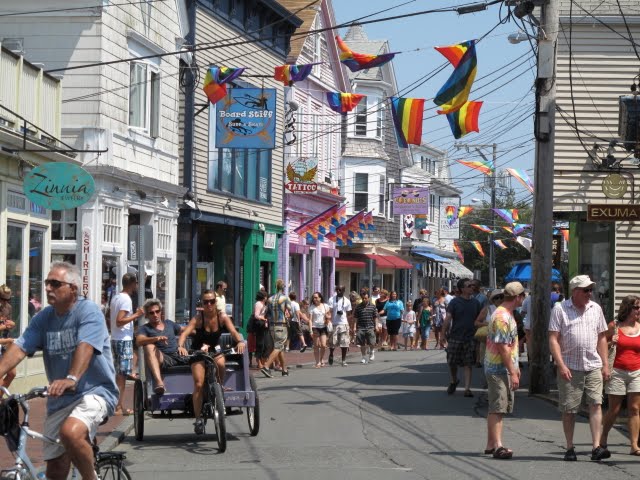 I just returned from Provincetown, Cape Cod where I attended a weeklong workshop at the Norman Mailer Writers Colony.

After getting my rejection notice from Sewanee in early March (thankfully they rejected me rather quickly this year) I went looking for another summer opportunity. I saw an ad in Poets & Writers for the Norman Mailer Writers Colony that had workshops and fellowship opportunities throughout the year.

I checked out the website and it looked pretty cool, a small group working out of Norm’s house right on the Bay. I figured it was worth a $20 application fee. I wasn’t clear what the tuition cost, but I figured they would let me know if I got accepted.


A month later I found out I had been accepted and the big surprise was that they don’t charge tuition – everyone accepted is a scholarship student. They charge a $250 administration fee and they don’t provide meals – which are not cheap in Ptown, but they put the students up in very cool, spacious condos (mine had wireless and cable and a kitchenette and I could see the beach from my front porch.)


During the summer months, they have one workshop each week at the Colony with 8 or 9 attendees. My workshop leader was Marita Golden, a novelist and essayist. ( I highly recommend her novel, “After” – a story told from the perspective of a cop who mistakenly shoots and kills an innocent man.)


Marita ran an excellent workshop. Everyone submitted thirty pages (a short story or novel excerpt) in advance by email so we could all read the work before arriving. Each morning we met for three hours and Marita set up a schedule to review two of the manuscripts each day.


Marita was very well prepared. She did not run a typical workshop where everyone comments on what they liked and didn’t like about the story. Instead she had each writer read specific sections that she selected and then she helped us to analyse the pieces using as a framework the tools available to the writer: plot, narrative, character, dialogue, atmosphere. She led the discussion through a Socratic approach – i.e. she asked questions of the class. She maintained control of the discussion – but not in a controlling way.


While she was focused on the specific writer’s piece she was able to draw lessons from the writer’s work to help us see things in our stories that could be improved. We only spent about an hour on each ms but I think everyone felt that their work was given adequate attention.


Marita also assigned published stories for us to read. We discussed those stories before moving on to the participant manuscripts. Breaking down a successful story helped us to see why the story worked. For example we read one of the Olive Kitteridge stories as an example of how to use narrative voice effectively.


Narrative was Marita’s big issue. (The N word as she described it. ) “Narrative informs the reader of the weight of something. It allows you to tell something from the inside of your character.” (She said a lot more about narrative, but I’m not a great note-taker.)


This narrative lesson was especially helpful for me. I have sort of a minimalist approach with “Show don’t Tell” beaten into me. As a result my writing suffers in places from a serious narrative deficiency.


I’m starting to understand how I can use Narrative more effectively. For one of the writing exercises, I wrote a prologue that was all narrative – no dialogue – and I think it worked well. I’m going to now revise / revisit all of the work I’ve done to date on my novel with a fresh perspective.


On the last day of the workshop we all read five page pieces that we had written during the week from prompts Marita had assigned us based on our writing excerpt. Listening to everyone read their pieces was my favorite part of the week.


During the week we also had a one on one hour with Marita to discuss our work and career aspirations. And because Marita was the only instructor on site – unlike the large conferences where sometimes I get the feeling the primary reason the instructor is there is to re-connect with old friends and fellow workshop leaders - she was quite accessible – joined us a couple of times for wine and beer on Norm’s deck.


Provincetown and the House is a great venue for a workshop. They gave us bikes to tool around the area – it is not easy to drive – not many places to park. The swimming in the bay was great – but I was the only student to take advantage of it. And the woman next door liked to swim topless, but that wasn’t why I swam ever day.

Happy Hour was fun too. 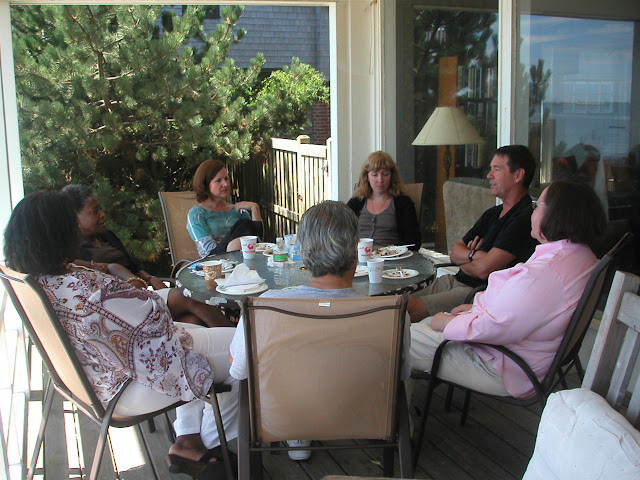 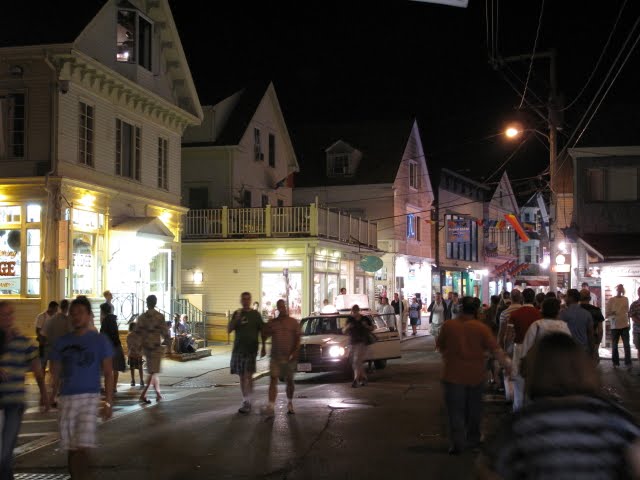 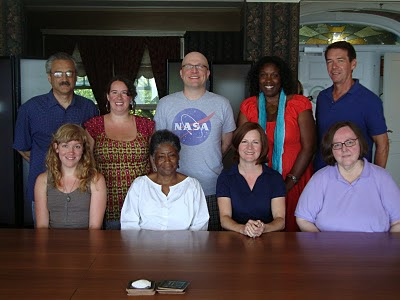 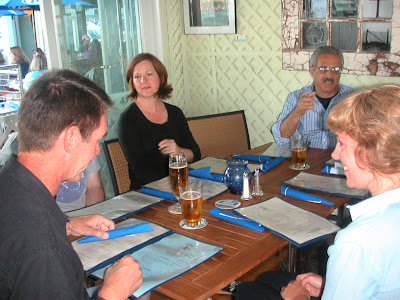 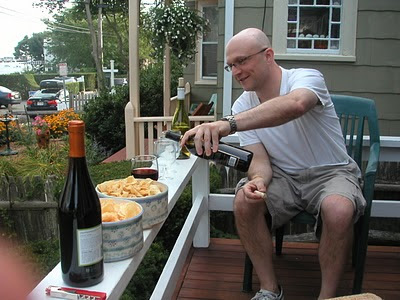 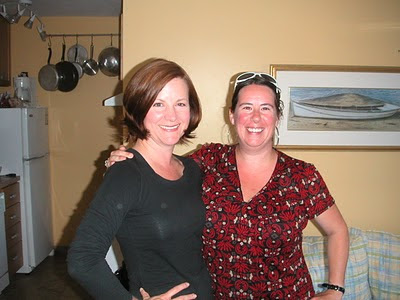 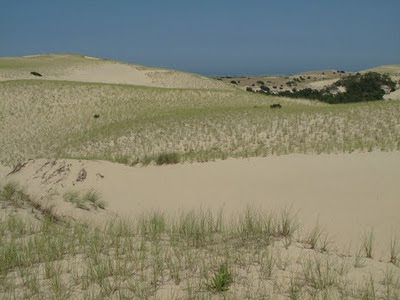 This is GREAT, Len! You really summed up the experience well. Hopefully this will shed light on how good these workshops are for those who are thinking of applying in the future.

Finally got a chance to read your post--I wanted to make sure that I got my own P-town experiences prepped and ready for the blog before I saw your post. I'm actually quite pleased that we both included the same Marita quote (and that we remembered the quote in the same way). It's one that will stay with me for quite some time.

ps Fantastic photo selections by the by; Wordpress gave me fits. I'm going to have play with it a bit more.